Transparency: The End of Gender Bias 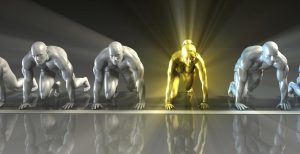 One of my Human Resource friends told me about a sticky situation she was called to remedy, where a Controller told his Accounting Manager that she would not receive a raise. He went on to explain to her that she was his top performer, and a valued member of his team, but he had decided to give the limited budget for salary increases to her male counterpart because, “his wife just had a baby.” He explained that he was providing this information to her because he truly valued her contribution and did not want her to leave the organization. Her stunned reply revealed the depth of his bias in favor of his male underling, when she looked him square in the eyes and said, “I just had a baby too.”

This story (set in the 1980’s), and countless others like it, came flooding back to me when I read Eve Sprunt’s recent LinkedIn article http://bit.ly/1TvVJNh, entitled “Picture Is Worth 1000 Words”. As Ms. Sprunt highlights the “unconscious gender bias” communicated in a recent recruiting article, she brings clarity to the heart of a very real issue that, if left unresolved, will leave us understaffed, and outgunned in the very near future; and here’s why…….the stakes are higher, the rules of engagement have shifted, and the millennial mindset demands fair play! As a generational dynamics trainer and leadership development coach, my recommendation is to take Ms. Sprunt’s advice and proactively address the issue with data and transparency.

The Stakes Are Higher

The baby boomer generation (78 million strong), is leaving the workforce at an alarming rate (10,000 per day), and taking years of experience, expertise, and instinct with them. With only forty million Generation Xers in play, Millennials are assuming leadership roles with less experience than their predecessors. That means even Semi-Seasoned Millennials are sought-after resources, and half of them are women. Now is NOT the time to discourage or alienate your female brain trust. Companies who even remotely suspect their pay practices could reflect gender bias, should act quickly to identify and resolve the inequality. A transparent approach will reflect honest intent, and foster trust that will lead to a larger resource pool to better perpetuate future success.

Rules of Engagement Have Shifted

Gone are the days when pay practices were kept a secret between employer and employee. Digital information platforms, such as Glassdoor® hold a wealth of information relative to salaries. With just a few keystrokes, Glassdoor® patrons can see if their pay is well-aligned with both the market and with their colleagues. In today’s culture where everything from this morning’s coffee flavor to last night’s parenting antics are constantly streamed to a global a

udience, transparency in pay practices and gender bias should not come as a surprise to anyone. Gone are the days when corporations were in total control of what was communicated, when, and to whom; which is why the only option is to identify the outcomes manifested in bias (all bias), and actively manage practices to ensure equality for all employees.

As the largest generation to dominate the workforce since the Baby Boomers, Millennials have a hugely different view of the world. Shaped by life experiences best described as cutting edge, they are not inclined to embrace traditional views on gender roles, and are more likely than most to reject practices that discourage or limit an employee’s contribution. Millennial men and women are cultural egalitarians, viewing one another as partners and allies. They are inclusive, collaborative, and respectful in their approach with one another, and equally offended by pay inequality and gender bias. Theirs is a new perspective that isn’t likely to change, which is why companies that address inequality issues openly and honestly, shifting practices to align with millennial expectations, will position themselves for success in the 21st Century.

Gender bias is an outcome of cultural conditioning, and will probably never be completely eradicated, but the business case for identifying inequities, closing the gaps, and actively managing results, is writing itself. Women make up almost 50% of today’s workforce, pay data is shared online, and a new gender-aligned workforce demands equality and fair practices. Unconscious gender bias, whether formal or informal, reveals itself in tangible evidence that can easily be measured and managed, as Ms. Sprunt suggests. Like so many of our long-standing employee practices, it’s time to relegate this one to the history books and write a new one that will meet the needs of the 21st Century workforce.

Abby Foster is the founder of Ahnimisha Consulting. Foster blogs at www.ahnimisha.com, and is a generational dynamics trainer, Human Capital consultant, and a certified Birkman© consultant. She delivers workshops, training seminars, professional coaching, and consulting services utilizing proven tools and techniques to help companies maximize the efforts of every employee in today’s multigenerational workforce.